Dragon Magazine: Where To Start My Quest?

One of my many stated goals for the year is to read every issue of Dragon magazine.  I'm well on my way to completion, but I ran into a bit of a quandary along the way.  Instead of just reading each one, I'd like to discuss them with the community.  I want to post about certain articles and items that interest me or pertain to this blog.  As I read the older issues however, I noticed that in the early years D&D existed in a form quite different from the version I was familiar with.  I started playing in the Moldvay years.  As a result, elements of the Holmes edition are unfamiliar to me.  And let's not even get started on the original version.  The content during those first years really would not fit well with the topics I choose for this blog.  My dilemma then is:  where do I begin with Dragon magazine? 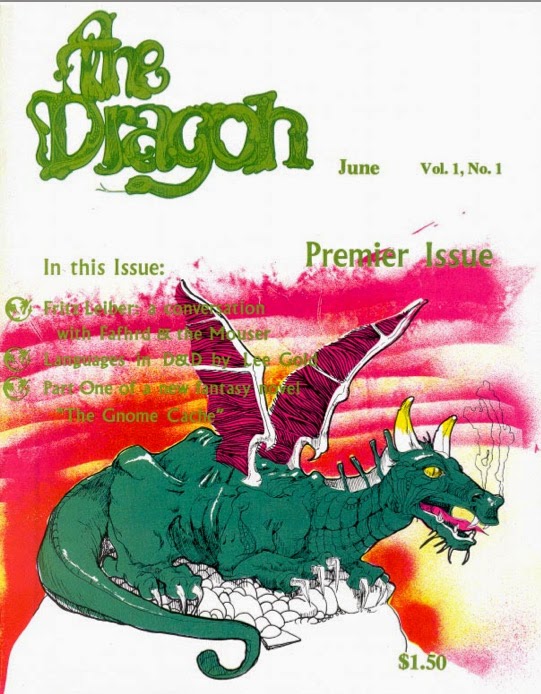 So my first option would be to start at the very beginning.  Though I have found little in that earliest of issues that resembles the game I used to play, I could learn from the past.  Writing about and discussing articles from way back then might give me a better understanding of where the game came from and how it arrived in its current form today.  The disadvantage would be that it would take many posts before I journeyed into content that I recognize and that fits with the theme of this blog. 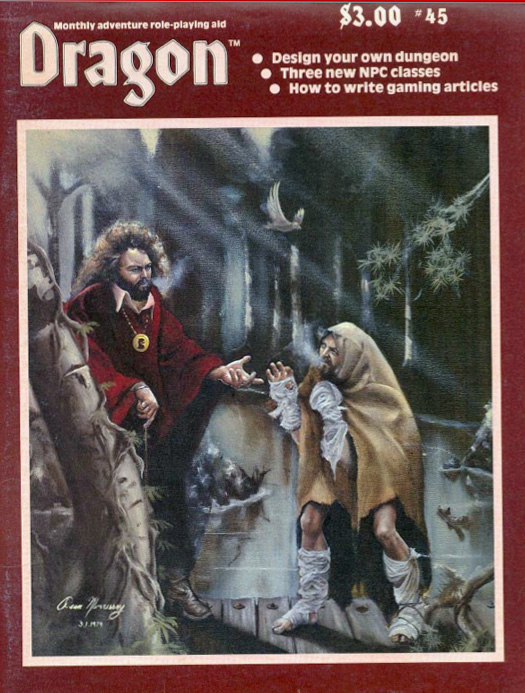 The next option would be to start with posts dating back to the beginning of the Moldvay era.  That iconic boxed set was released in January of 1981.  Issue #45 was the first issue published after the release.  Having read it, and subsequent issues, I can say that the content did not change overnight and become more Moldvay-ish. It was a slow transition from those early issues to what I came to later know and love.  I did, however, recognize more of the elements and themes that made up the game I used to play so long ago.  Moldvay was there but not in an overwhelming sense. 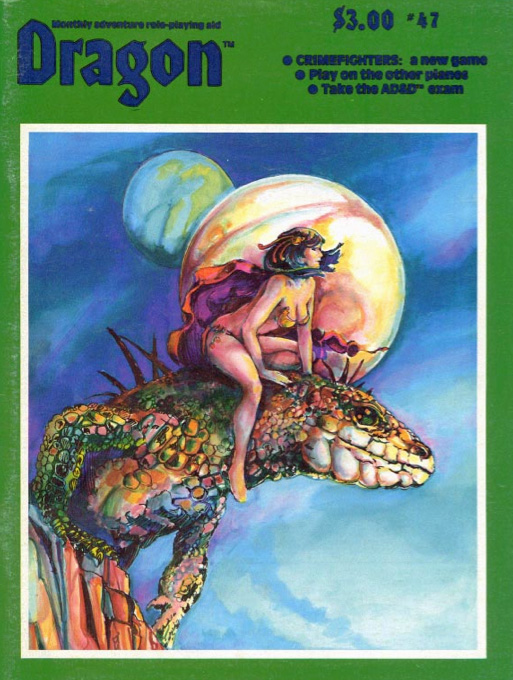 Another good starting point would be from the oldest physical issue of Dragon magazine that I own.  My earlier issues are all in electronic form, mainly from the CD compilation that unfortunately has long been out of print.  I obtained this issue from eBay, so beyond being the oldest, and sporting great cover art, this option holds no special advantage over simply starting with issue 45.  After all, there were only two months between the two.  It felt right to include it as an option though. 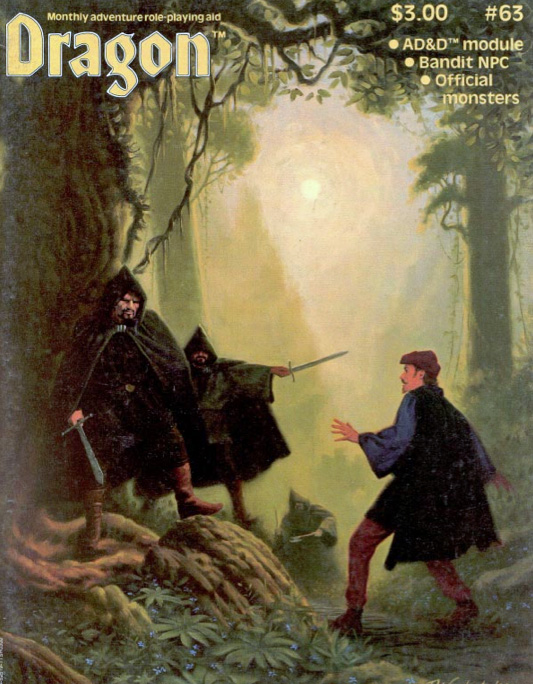 Option four is to begin with issue 63.  What's so special about this one?  Though I did not own it at the time, this issue dates back to my very first D&D game.  On a warm summer night back in July 1982, I was introduced to the greatest game ever invented.  To say that D&D had a profound effect on my life would be an understatement.  Dragon #63 honors that momentous event.  The advantage of beginning with this issue (beyond the nostalgia) would be that I should be quite familiar with the content of each issue from this point on. 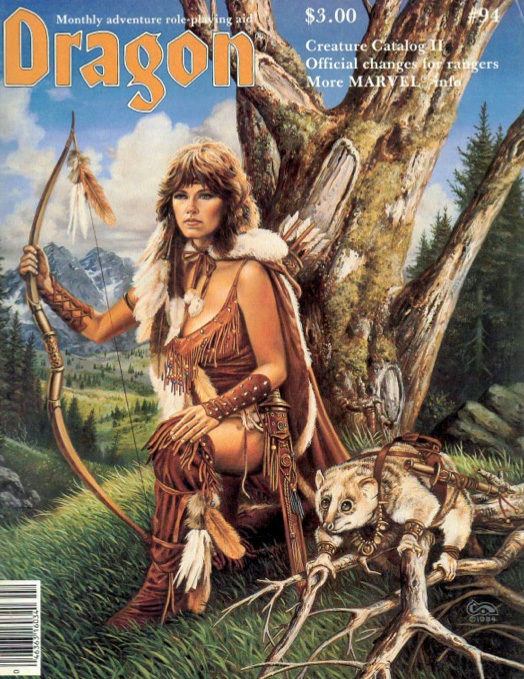 The final option holds a very special place in my heart.  Issue 94 (from February 1985) was the first issue I ever purchased.  I vividly recall the evening I walked into a Waldenbooks and discovered this beautiful magazine sitting on the shelf in the gaming section.  How I had missed discovering Dragon magazine for over two years I will never know.  I was always in the local hobby shop so I know I should have/would have noticed it.  Perhaps fate meant for me to find this particular issue or maybe I just matured enough to notice additional content beyond books and modules.  Either way, this issue remains my favorite to this day (but not my favorite cover art) and therefore deserves inclusion in my list.

So, where should I start?

Though this entire post has been one long-winded question, I would still like to leave readers with additional points to ponder.

*  Do you collect Dragon magazines?

*  What was your first issue?  Do you have any memories associated with it?

*  Though I plan on writing a future post on the subject, do you have a favorite cover?

Thanks as always for reading my blog.  And thanks in advance for your comments and participation!

Posted by Blackwarden at 6:51 PM

About This Blog's Title

B2 The Keep on the Borderlands was my first adventure in the world of D&D. I truly cannot remember the number of times I've played or DM'd that iconic module. In many respects, The Keep on the Borderlands sums up the D&D experience for me. It is only appropriate then that a blog about the past, present, and future of my personal D&D experience pays homage to that great adventure.

D&D Books I am Currently Reading